From Operator to LP to Direct Investor 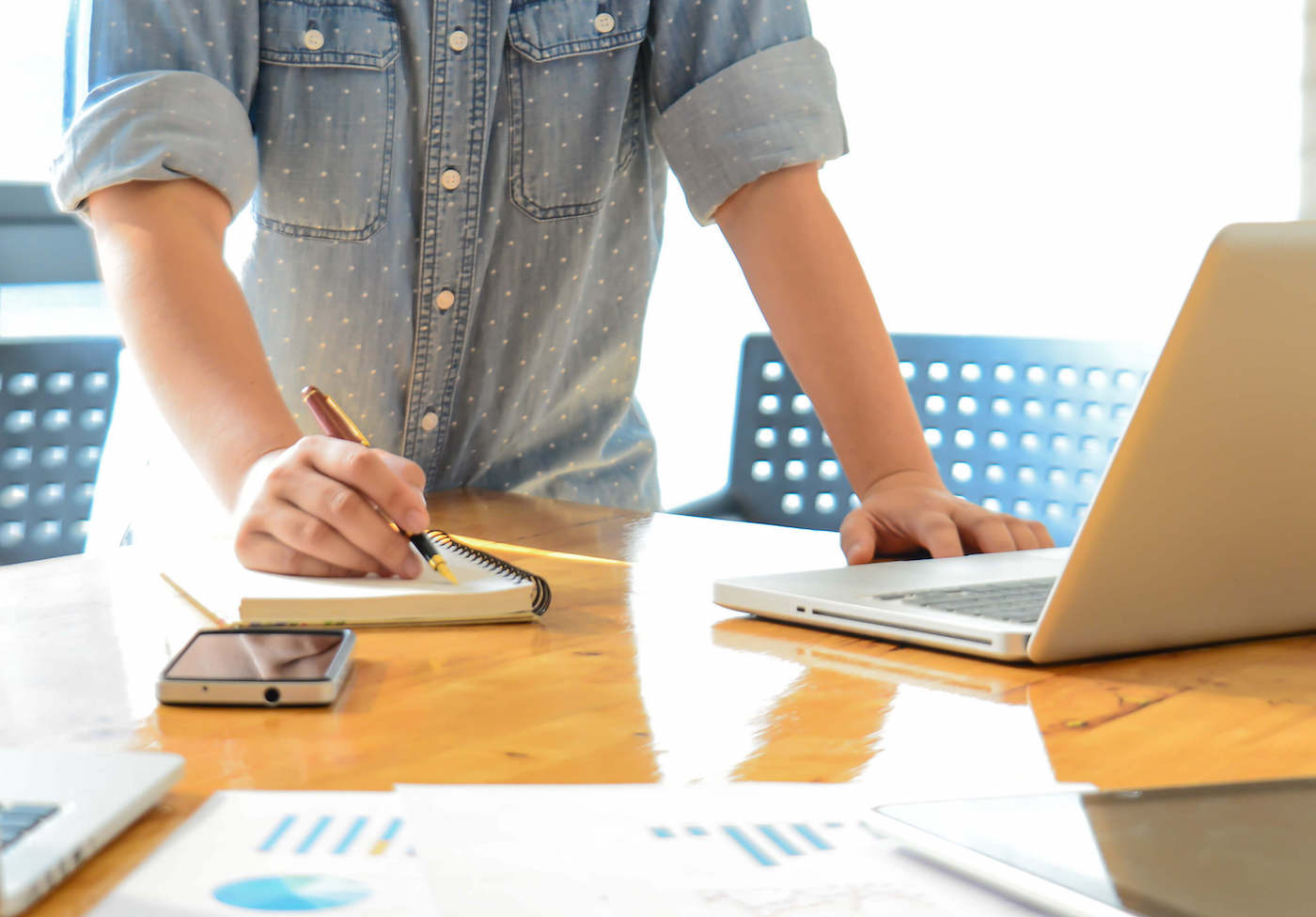 In this episode of the Tipping Point series, Ben Black speaks with Benjamin Ratz of Foobar.vc (previously from Nordic Makers) about his experience investing in the technology sector and in more than 20 VCs. As an operator turned LP, turned direct investor, Benjamin shares his advice on how to be a better VC from an LP’s perspective and the importance of remembering that this is a human-centric business—people invest in people.

This post has been edited for length and clarity.

Ben: Tell us about your background.

Benjamin: I’m a commercial lawyer turned post-MBA turned VC. Over the past eight or nine years, I’ve been in venture mainly as a direct investor. Then, for the last two years, I’ve been working together with David Helgason. David co-founded a company called Unity, which had a very successful IPO last year. Unity is not just the world’s largest game engine, but also one of the most downloaded pieces of software on mobile today.

We’ve been investing into technology and venture out of curiosity, and it was the desire to learn more about the space. If you think of the fact that most family offices come into technology by dipping into it slowly, as usually there’s some single asset that people are selling out of, so they’re diversifying a little. We are the absolute opposite of that; all the wealth in this family office comes from technology. That means we’ve got strong existing networks and also see an increasing number of operators and angels that we’ve worked with who are professionalizing. We partner with them as emerging managers, and we also have a number of existing relationships with classic tier-one franchises where we also invest.

Ben: So how many managers are you in, roughly?

Benjamin: We are at present north of 20 VC funds.

Ben: Talk about what percentage of those funds are from your previous life. Or are these relationships you've made along the way? How did you find these VCs, and what was important to you in making the decision to partner with them?

Benjamin: Between 50 and 75 percent (of these funds), we have had some kind of relationship prior to engaging. Though, we also have started to do a lot more outbound. We're direct investors in a lot of companies, which means we’re increasingly looking at cap tables and external data sources to understand participation and category-defining companies and investors we like.  Needless to say, we’re big believers in serendipity, which has been a challenge in a pandemic where more business is done in closed-loop networks. RAISE is the exception to that, obviously bringing people together online in a conference setting. But for us, serendipity is definitely a part of what we do.

Ben: Is your outbound effort based around themes? Or are you just looking to meet more people? Not that many LPs go outbound—usually they stay inside and wait.

Benjamin: We’re doubling down on backing transformative ideas for an ecological crisis. And in that context, we define the world in a few different buckets. We put the moonshots and things that don’t really exist today in one bucket. And in a second bucket, technologies in the deployment phase or software that runs on top of these technologies. And finally, we also look at those firms that are financing various types of IOT solutions for an ecological crisis, such as vertical farming. That means we're heading down a thematically new area and doing a lot more outbound work.

We start by building a list of the category-defining companies today, the early investors in these companies, and the critical people that we should get to know. Then we try to build an understanding from both the founders and operators at these companies. Who are the best, most helpful investors and why? Was it purely based on those that have had the foresight to go into this pressing area a couple of years ago, or are they catching on to it a bit later? What is the angle they’re bringing to the table?

So, right now, that’s our major theme we’re trying to understand. Obviously, we still invest in traditional venture, but in a sense, there are more staples when you come from technology this way. Another theme we’re looking into right now is gaining more exposure into emerging hubs and geographies. We’re by no means done with that analysis. The world has been flattening out in terms of access to talent for a number of years. Just last week, UI Path out of Romania went public on the New York Stock Exchange. Few people could have imagined a couple of years ago that Romania would surface as such a talent hub.

Ben: You have such an interesting position because you’ve been an operator, an LP, and now you’re a direct investor. You can see the industry from all these angles. Can you give some advice to the RAISE community on how to be a better VC from an LP’s perspective?

Benjamin: I think there are a number of things that we like, and there are a couple of things we perhaps like less about being an LP. When you are an investor in a fund, there’s always a slight disconnect from the companies in getting information. We’re lucky because many of the managers we work with are very transparent, both with us and with their portfolio founders. We try to connect where we’re helpful, instead of trying to act as gatekeepers of their people. I think this is especially necessary in a hyper-competitive market, that we believe is a post-series world where seed managers are competing with larger funds for these types of deals.

We look at how people pick and then win these deals and what weapon they have to do so. Additionally, how they communicate it. There’s a bit of a sizing problem historically, and Ben, I'll credit you for this as well. When you do the number-crunching on the funds, smaller funds have historically been better performers. Now, with more capital being allocated to the venture class, funds are getting bigger and bigger all the time. And for us, that poses a bit of a problem in that we’re not sure that funds growing largely is always good. We look to see how well the strategy and the fund size actually align. When it comes to the alignment of interest for follow-ons, SPVs (Special Purpose Vehicles), etc., many LPs want some kind of direct access or the ability to double down on companies. For fund managers, even though it is an exciting opportunity, they often lack the operational ability to pull it off.

Ben: Yeah, people always think that since we’ve done so many SPVs, we’ve got this process down, but I’m always counseling managers on the unexpected challenges of pulling this off. It’s really about managing the relationship with the company and your LPs. Especially since different kinds of LPs have different risk tolerances. It's rare you have a seed manager that really understands how to do growth, because it’s not necessarily their business.

Benjamin: Yeah. Also, looking at it from the other perspective of growth investors doing seed funding helps. Right now, there are quite a few people in the industry, me included, who are trying to unlearn some of our learnings from the first couple of years, which include the hurdles of getting to series A, B and beyond—the metrics, the valuations, and more that would typically be accounted for by each stage. I’m not sure that it’s true anymore. We will know in a couple of years probably what the outcome actually was, because that is the tricky part of venture: Does it tell the whole story?

Ben: Absolutely. Right now is the best time for venture returns in history, and everyone’s getting markups all over the place. One would say that this is the scariest time to invest.

Benjamin: Absolutely but there has also never been a greater time to be in the early stages. The risk tolerance has changed a bit. Even for the late stage folks as well, did people anticipate two or three years ago that there would be 500 SPACs chasing targets in the late stages to be providing liquidity to late-stage managers? I certainly did not anticipate that, and I don’t believe many did.

Ben: Oh, I totally agree. That’s why every year I say, if you know how the system works, there is always a way to find a great investment in every environment. My last question is, what is one piece of advice you would like new managers to think about when they’re building their businesses, that you really wish everyone knew?

Benjamin: Fundamentally, it is a very human-centric business. People or GPs forget the fact that we invest in people, and we invest in founders first. Many LPs will think in a very similar way and anything you do that communicates back to people is valuable. I think from our best GP positions, it is a very collaborative approach. And it’s been collaborative from day one, even in cases where we’ve said that we’re actually not ready to commit just yet. People are okay with it because this is a very long-term asset class. So, I think you really have to be thinking about it in a very long-term type of way.

Ben: I always feel like people don’t really understand that if you're going to be successful in venture as an LP or GP, you have to be willing to spend 20 years at it. If you take a 20-year view, you will be successful at this, but you need to take that 20-year view.

Benjamin: Absolutely. I’m not sure a couple of series A marks is what’s going to make the delta in 20 years.

Benjamin: This is the business we’ve chosen because we believe in the asset.

Interested in meeting the next generation of venture capitalists? Request a Limited Partner invitation to attend the RAISE Global Summit on October 19 & 20.