What Goes into Raising a Venture Capital Fund 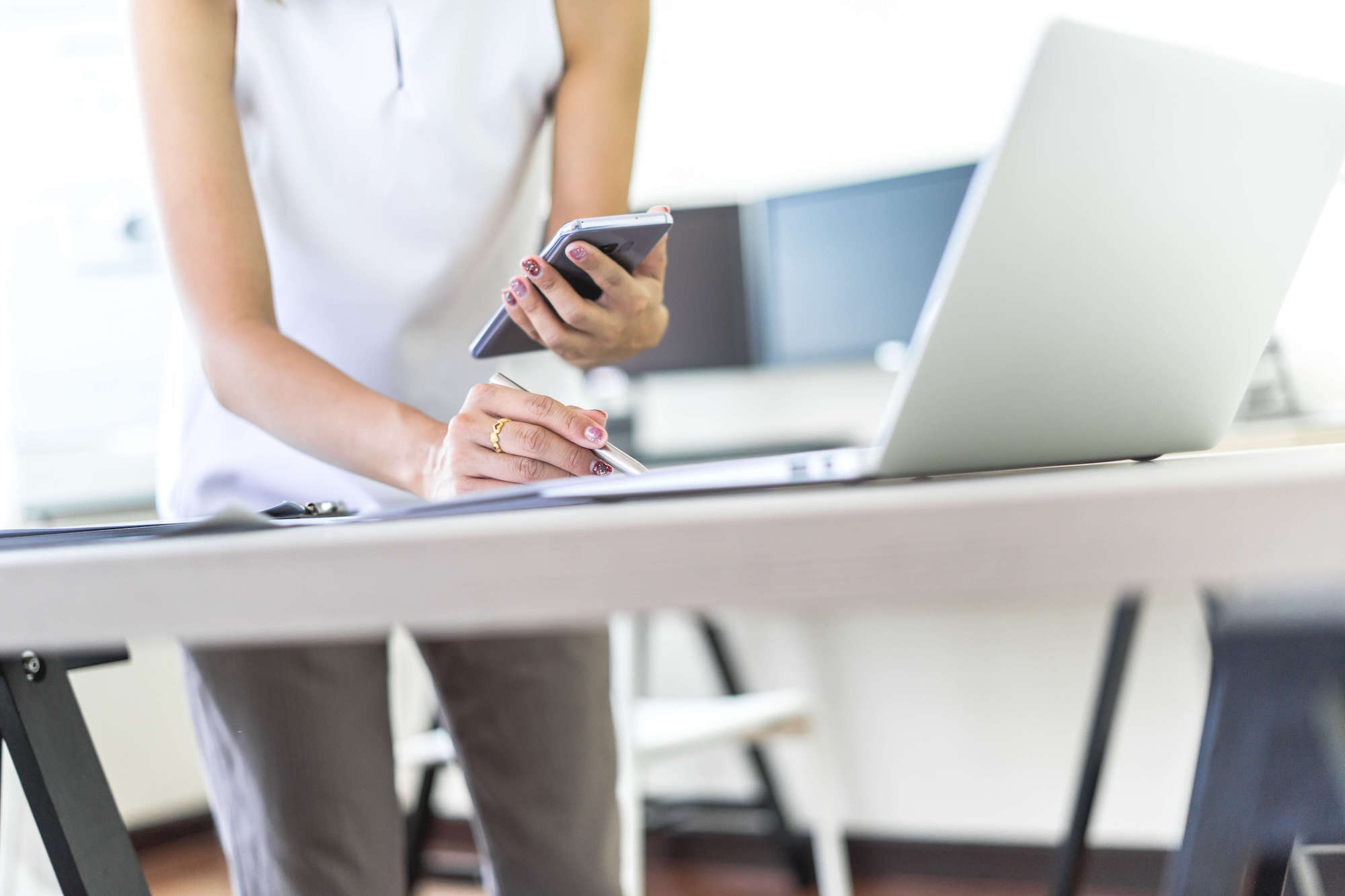 In conversation with Ben Black, Managing Director and Co-Founder of Akkadian Ventures, Eva Ho, General Partner at Fika Ventures, shares her tactics for securing LPs, what made Fika stand out from the competition, and how “social proof” can help first-time managers get their venture capital funds off the ground.

‍This interview has been lightly edited for length and clarity.

‍Ben: Eva, give us your background and tell us a little bit about Fika Ventures. ‍

Eva: I started with Susa Ventures in 2013. It was a $25 million fund that was among some friends who moved from being co-angel investors to doing something a little bit more formal. Back then we really didn’t know what the heck we were doing, but I was very lucky to learn the ropes through Susa fund one. At that point I had to decide whether this is a career, or if I could just do it at a small scale with friends. The reason I went with TX was I wanted a smaller partnership, and I wanted to refocus on Los Angeles.
‍
‍Ben: Tell us about TX. Did you know him before? ‍

Eva: We knew each other for five years before we actually formalized a fund. I know there are a lot of fund managers questioning if they should work by themselves or with a partner, and I’m very biased, but I feel lucky every day to have TX. TX is just a star; he’s strong in so many things. For folks who are looking or thinking about whether to add a partner, you should look at it through a lens of you’re really bringing on a family member, not just a business partner.
‍
‍Ben: When you first started talking to TX, how long did it take you to get the fund conceptualized? How long did that take for it to actually start fundraising? ‍

Eva: We were thinking about it for about a year. We thought about other permutations of him joining Susa, or me joining his family office fund, called Karlin Ventures. Finally, we said: “Hey, let’s just have a clean slate and let’s start this as Fika." Once we started talking to LPs, it took seven months for Fika fund one to get off the ground after knocking on 600 doors.

‍Ben: Let’s talk about that. How did you build that list? How big was the first fund, and what was your target for the first close?‍

Eva: $25 million was our first close, $40 million was the target, and we closed our second close pretty quickly after. For first time folks, I think it’s relying on your  network and supporters to help you build that initial database of LPs and being fairly shameless about it, honestly. TX and I didn’t come from wealthy families; we didn’t come from Silicon Valley, so we didn’t have a natural community of family offices, endowments and investors to go after. Every person we talked to, if there was chemistry and they liked us, they would recommend us to one or two people. Slowly, we built that list of 600. Eventually we got a handful of those to say yes, but it was a grind.

‍Ben: What was the list you started with? And who were the first commitments that got you going? ‍

Eva: It was like sales, and thankfully I had a partner who was aligned with doing tasks of getting things set up and following a rigorous process. Every week we had to line up stuff that we had to get going. It was not a fun process as we were cutting down the numbers, culling the list and doing follow up.

Greenspring was an early commitment. We had known them from Susa, so it wasn’t a brand-new relationship. They quickly committed as what we were doing was pretty differentiated. They typically don’t do first funds, so we were very lucky they committed. It snowballed from there and helped us get other institutional folks involved. ‍

Ben: That’s a really good first, they were part of your first close? And what did they see as your differentiation?‍

Eva: They were actually our first institutional LP, and not only did they make the first commitment, but they introduced us to a bunch of their friends. It’s been a tremendous help, so emerging managers who are out there: When you get one strong champion, it really, really helps. Also, what made us stand out was that our strategy was really clear. For example, we do enterprise; we do B2B, we do 50 percent L.A., high conviction stuff that other funds are now saying today. They really bought into TX and myself being from very different backgrounds, having interesting deal flow and a really interesting compounded experience that we can bring to founders. Of course, they did very deep diligence. It helped that in the first fund, we had a dozen founders that put in small checks before starting our fund raise.

I’ve been sharing this advice with people who are just getting started: If you go out there with social proof points, even if they put in $25,000 or $50,000, it matters a lot. Most of these founders are very young, and for them $50,000 is a lot of money. But the fact they validated us through their checkbooks was really helpful in getting going. We are so grateful for them.

‍Ben: What about track record at that very point, what kind of track record did you both have? Did the track record you had as an investor matter, or was it really your founders’ experience and your operating experience that carried the day?‍

Eva: Track record mattered. I think some LPs specifically want direct attribution, and luckily I had a handful of those that had turned out to be great companies, whether they’re Andela, Policygenius or what not from Susa Fund 1. TX had his own portfolio from Karlin; he did have a track record because he invested in 30 companies. Some of them are quite large, like Figs and Chownow.

If you’re brand new and haven’t been part of a fund, I think even having some strong angel checks and some decent logos would get you halfway there. Don’t be discouraged if you don’t have all the boxes checked. We didn’t, but we had made some investments in the past.

‍Ben: Did you get any other institutional investors that have $25 million first close? Or was it mostly high net worth individuals, family offices?‍

Eva: We had a couple. We had Cross Creek come in, and the Knollwood family. But it was all through the Greenspring extended family. When I’m talking to folks who are struggling up that hill to get that first one, I tend to share a lot of my LPs because I just believe it’s good for the world to be able to help others, because that’s how we got started.

‍Ben: At RAISE, we’re all about like getting into the nitty-gritty of tactics. So, with 600 LPs on your outreach list, how many of those 600 were actually in your first close?‍

Once we got to $25 million, we felt a little more confident. Over the first 300 conversations, you have no idea whether it’s resonating with anybody. For managers who are going out there, tactically, you don’t necessarily have a lot of choice for the first fund. And I have a little tip: If you’re closing friends and family that are committing say $50K to $150K, collect it all up front. The fund admin on the back end can be a bit of a pain for the smaller LPs. ‍

Ben: If you had to look back on the process of getting to your first close, what was one piece of advice that you give people that was not intuitive, something that you had to learn on the job in the moment? ‍

Eva: Own your story. Make sure your story is really consistent and strong, and you really know your numbers. Our background story is also pretty unique. TX and I shared some bits of it, to say: “Hey, we never thought we were going to be VCs in our wildest dreams, and we feel like we still have to earn our way in.” Coming in with that humility balanced with some confidence really helped. I think the LPs remember that story; it stuck with them, and they knew this was not a hobby for us. A lot of LPs want that sincerity, and they want that commitment. And whatever you can do to demonstrate you want to do this for 30 years, I think that’s the thing that you have to hit home.

Watch the whole interview with Eva Ho. And request an invitation to RAISE Global Summit 2021.